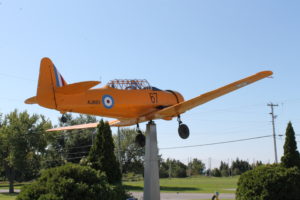 We are a member Wing of the Royal Canadian Air Force Association (RCAFA) which is a national aerospace and community service organization established to: commemorate the noble achievements of the men and women who have served as members of Canada’s Air Forces since its inception; advocate for a proficient and well-equipped Air Force; and, support the Royal Canadian Air Cadet program.

EXECUTIVE & BOARD OF DIRECTORS

We have a large banquet hall available for rent with a dance floor and table seating for up to 130 people. This hall is suitable for occasions such as birthdays, anniversaries, retirement parties, family gatherings, weddings, business meetings, etc. Available with the hall rental is licensed bar service, limited kitchen facilities, BBQ, horseshoe pits, dart boards and plenty of free parking. The Wing reservation form can be downloaded here: Reservation Form for RCAF or call Maggie McLaren at 613-305-3592 for more information and prices or email at mejmclaren7@gmail.com.

Various affordable membership options exist for anyone wishing to join 416 Wing. A membership form can be downloaded by clicking here: 416 Wing Application Form v3. Please call our Membership Chair, Rick Main at the number listed above or email at rickmain@live.com for more information on how to become a member.

Additional information on 416 Wing can be found on our Facebook website at www.facebook.com/pg/RCAF416Wing, or email or call any of the numbers listed above.